The anatomy of the anterior abdominal wall has been inconsistently described since the early 1900’s (1). This corresponds with various approaches to regional anesthesia of the abdomen, and wide variability in reporting the sensory blockade achieved with each of these approaches.

The anterolateral abdominal wall is innervated by the intercostal nerves (T6-­‐T11), the subcostal nerve (T12) and ilioinguinal/iliohypogastric nerves (L1).  These all ultimately branch from their respective anterior rami of the T6-­‐L1 spinal nerves, which explains the segmental cutaneous supply of the abdominal wall as shown in Figure 1. 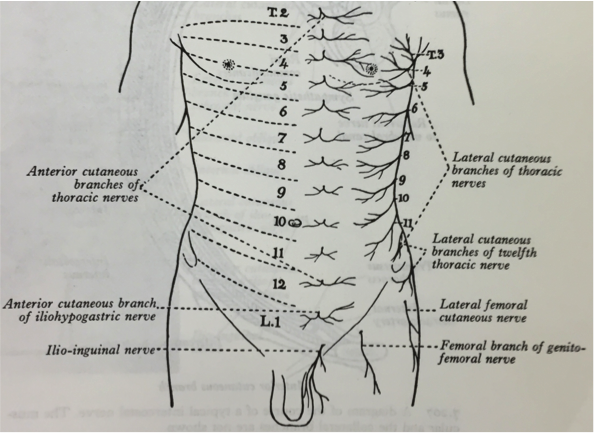 Figure 1: The approximate segmental distribution of the cutaneous nerve on the anterior trunk. Courtesy of Williams (2) 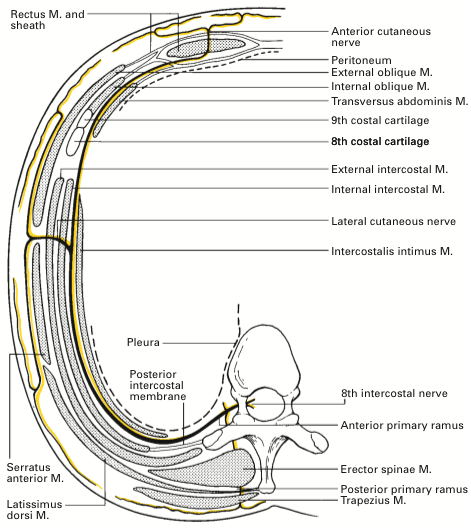 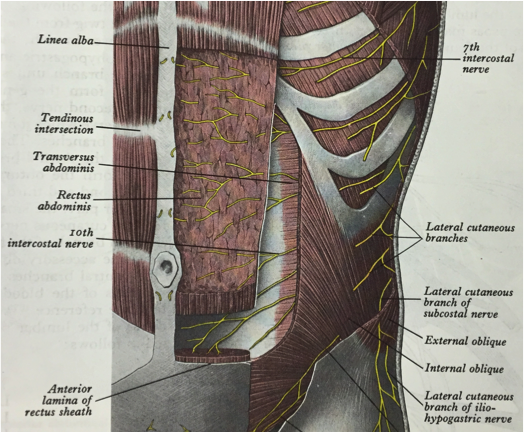 Figure 2: The path of the intercostal nerve from the spine, through the transversus plane, and posterior rectus sheath to form the anterior cutaneous nerves. Courtesy of Ellis et al (3) and Williams (2)

At  the  mid-­‐axillary  line  the  lateral  cutaneous  nerve  branches  off  the  intercostal  nerve through   the   intercostal   and   external   oblique   muscles.      These   branches   provide innervation to the external oblique muscle, and cutaneous supply from the edge of the rectus anteriorly to the erector spinae posteriorly.  The lateral branches of the subcostal and  iliohypgastric  nerves  develop  very  proximally  in  the  TAP,  and  provide  sensory innervation to the skin over the upper lateral aspect of the buttock to the level of the greater trochanter (3, 5, 6).

The  intercostal  and  subcostal  nerves  continue  anteriorly  in  the  TAP  to  pierce  the posterior   rectus   sheath   and   form   the   anterior   cutaneous   nerves   that   provide innervation to the rectus muscles and overlying skin (7-­‐9). 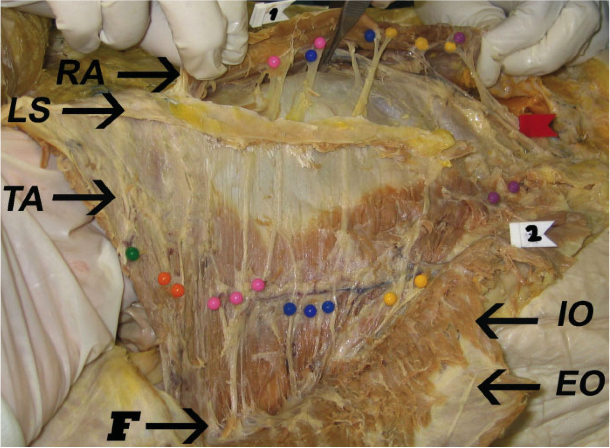 All thoracolumbar nerves that innervate the anterior abdominal wall travel as multiple mixed segmental nerves. Extensive branching and communication of the segmental nerves occurs at various locations, with various plexus being identified (1):

• Intercostal plexus – relates to large branch communications in the anterolateral TAP, sometimes referred to as the ‘upper TAP’ plexus (11).

• TAP plexus – associated with the deep circumflex iliac artery (DCIA) within the TAP, sometimes referred to as the ‘lower TAP’ plexus (11).

In progressing laterally to medially in the TAP to rectus sheath, the extent of this branching phenomenon increases. In recognising that every segmental origin contributes to at least two nerves in the anteromedial TAP (12), significant cutaneous anaesthesia is likely to require anaesthesia of at least two sequential nerves.

The clinical application of this information is illustrated in a study by Stoving et al.  The authors measured the sensory cutaneous block area and motor block effects following an ultrasound guided posterior TAP block using 20ml of 0.75% ropivacaine on one side, and water as a control on the other (4).  As shown in Figure 4, the sensory block after 90 minutes represented a non-­‐dermatomal pattern, with a caudal-­‐lateral dominance to the coverage.  A motor block was consistently measurable with a significant effect noted on all three muscle layers of the lateral abdominal wall. 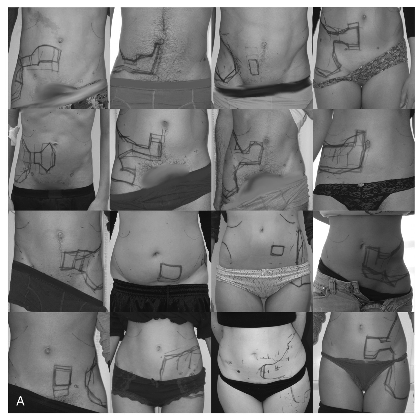 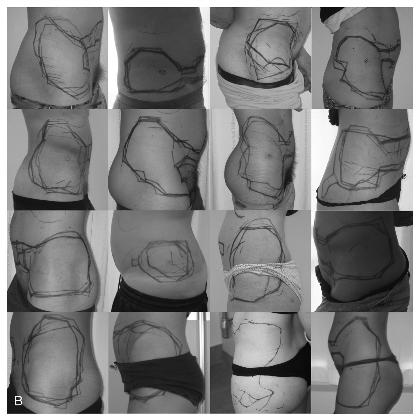