The popliteal fossa is a diamond shaped space lying posterior to the knee.  Superiorly it is formed by the diverging semi-membranosis medially and bicpes femoris laterally.  Inferiorly the diamond shape is completed by the medial and lateral heads of gastocnemius muscle.  The floor of the space is formed by the femur superiorly, knee joint capsule and the popliteus muscle. The Sciatic nerve courses down the posterior thigh in the midline and enters the popliteal fossa emerging from under the biceps muscle to lie superficial and lateral to the popliteal artery. As the two course distally the nerve crosses the artery to lie postero-medial to it.  During its passage the sciatic nerve divides into the Tibial and Common Peroneal nerves high up in the popliteal space. Further divisions arise more distally the most notable being the sural nerve postero-medially.   The Common peroneal nerve leaves the midline and heads laterally passing towards the head of the fibula, lying successively on plantaris, gastrocnemius, popliteus tendon and soleus.

The tibial nerve passes distally in the midline in the posterior compartment before padding posterior to the medial malleolus to supple the sole of the foot. 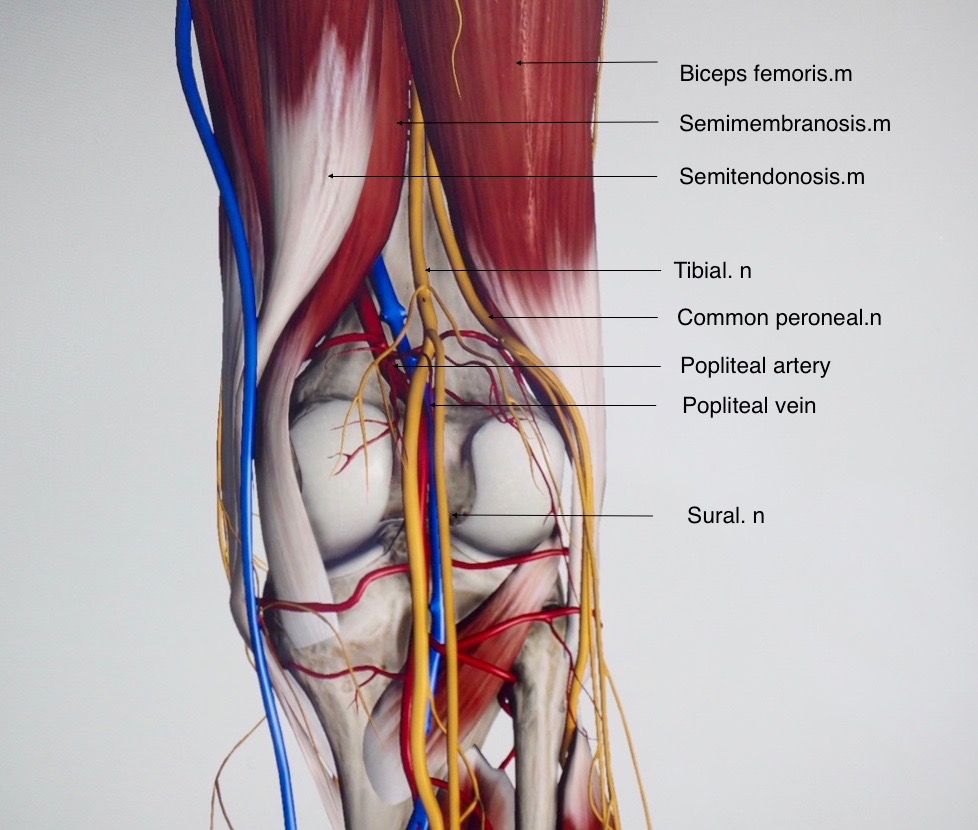 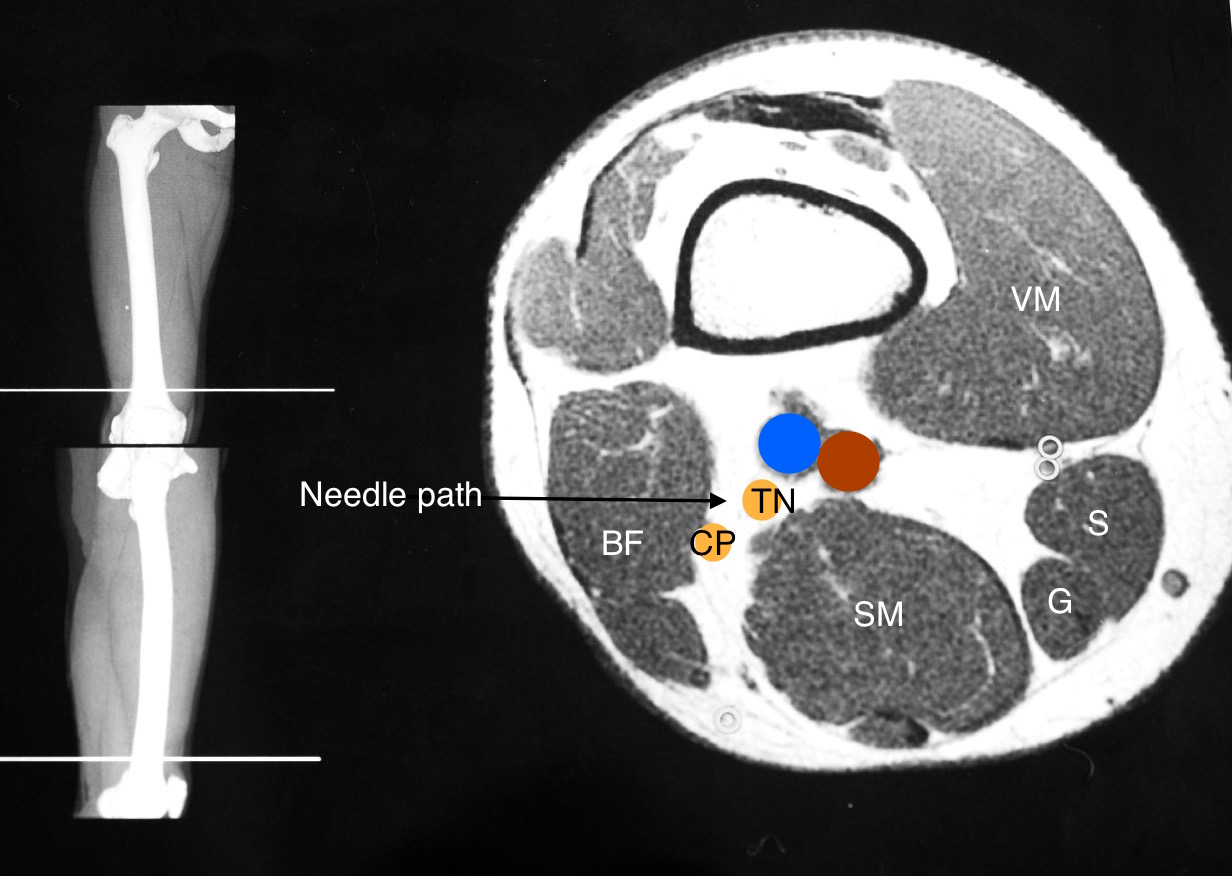 Fig. 1 a   Anatomy of popliteal fossa

The sciatic nerve is most easily seen lower in the popliteal fossa after it has split into tibial and peroneal nerves. Here it is in its most superficial position, usually in the middle of the popliteal fossa superficial (posterior) to the popliteal vein and artery. Lateral to the nerves lies the biceps femoris (BF) muscle and medially are semitendinosis (ST) and semimembranosis (SM). As the nerve is traced proximally, the two branches merge to form the sciatic nerve and the nerve becomes more deeply placed beneath the BF muscle. It is sometimes helpful to passively or actively dorsiflex and plantar flex the foot which moves the tibial nerve and common peroneal (lateral popliteal) nerves  in alternating directions - the "see saw sign"

1. Probe hand should rest on the patients leg to secure probe position
2. Make sure you avoid the Popliteal vein which is compressed by the probe and may not be visible.
3. Aim for paraneural injection  between the two nerves.  The Tibial is the more important.
4. Look for spread around the nerves

We use 15-20ml of Local Anaesthetic.    (Tabaoda  Anesth Analg 2006;102:593). Onset times for blocks which penetrate the paraneural sheath are faster (15 vs 23 min) and more successful than those placed outside the sheath.